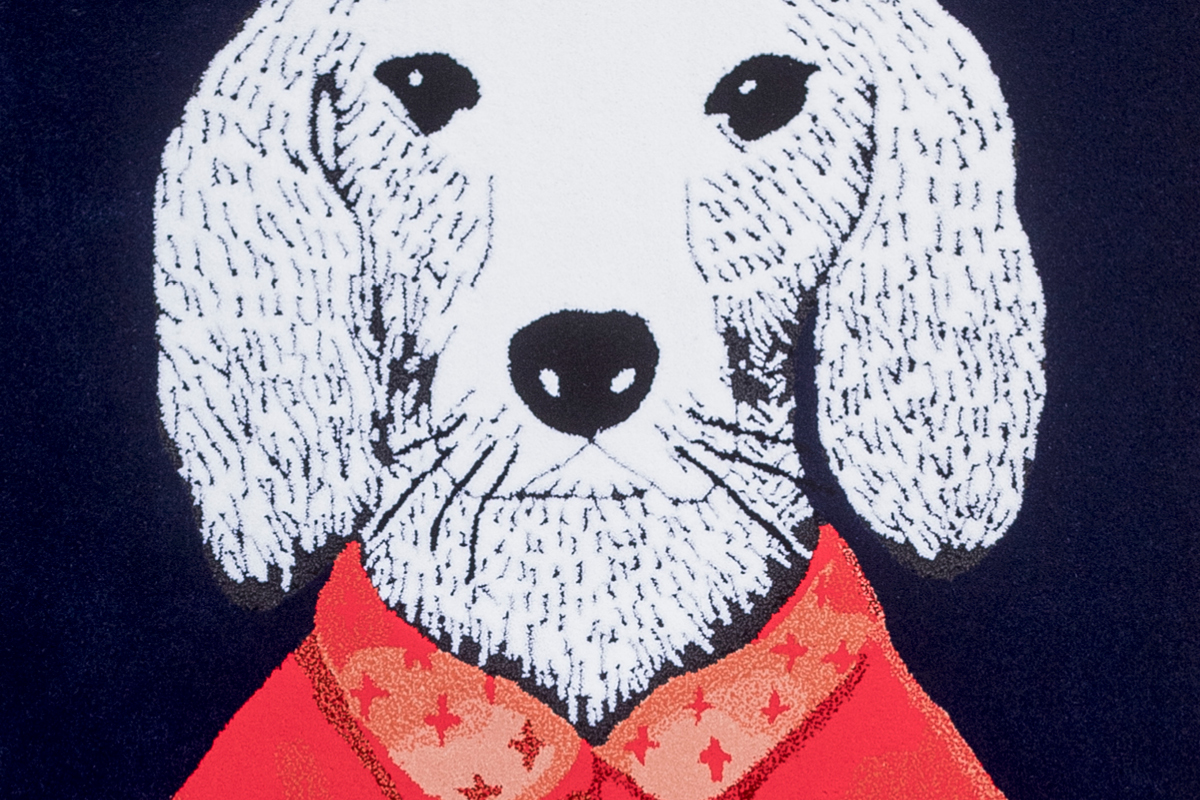 Stéphanie Mercier lives and works in Paris. After graduating from the Ecole des Arts Décoratifs of Paris with a specialisation in printed images, she became a freelance illustrator and developed a dreamy and very personal universe in graphic novels where she takes centre stage: Tous les jours la grande chose (2009), Créature hormonale (2012) with Editions Piktos and La tristesse du bulbe rachidien (2017). She illustrated magazine articles for Néon, Ça m’intéresse, etc. She also designed several film posters and since 2010 has been teaching drawing and illustration at the Prép’art school. Her work on teenagers, SEUM, in collaboration with photographer Véronique Augry, was exhibited in the Loo&Lou Gallery in Paris and resulted in an eponymous book.

She created a series of drawings for children, Enfances, for Atelier Autonome du Livre in Mosset, in the Pyrenees, where her work was exhibited after she took an artist’s residency.
The collection of children’s rugs imagined by Stéphanie Mercier for PINTON includes a rug titled Chouette (owl) after the animal it portrays. For this piece, Stéphanie Mercier suggested weaving phosphorescent threads with the wool. Typical of her delicate and magical vision, this rug invites daydreaming.