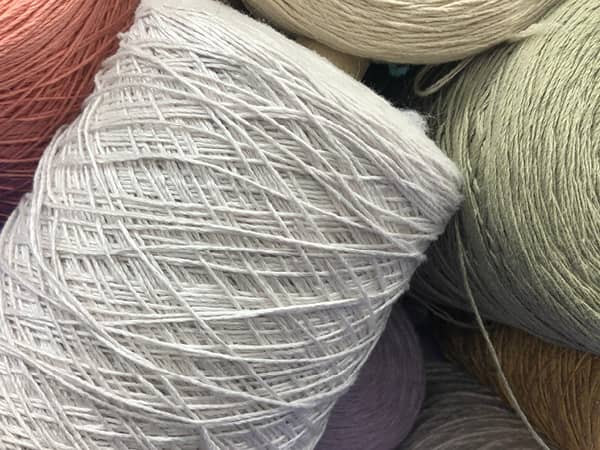 Linen is a plant-based natural fibre derived from flax. It is possibly one of the first fibres used by man: fragments of twisted and dyed linen fibres were found, allegedly over 30,000 years old. In France, Charlemagne developed the culture of flax, which reached its peak in the XVIIIth century with over 300,000 hectares dedicated to its culture. A quintessential natural material, flax requires neither fertiliser nor irrigation. Transforming the flax plant into linen yarn involves no chemical process. Finally, the linen fibre stands the test of time and traffic. All these qualities led PINTON to offer rugs and carpets made in this material, used on its own or in combination with others.