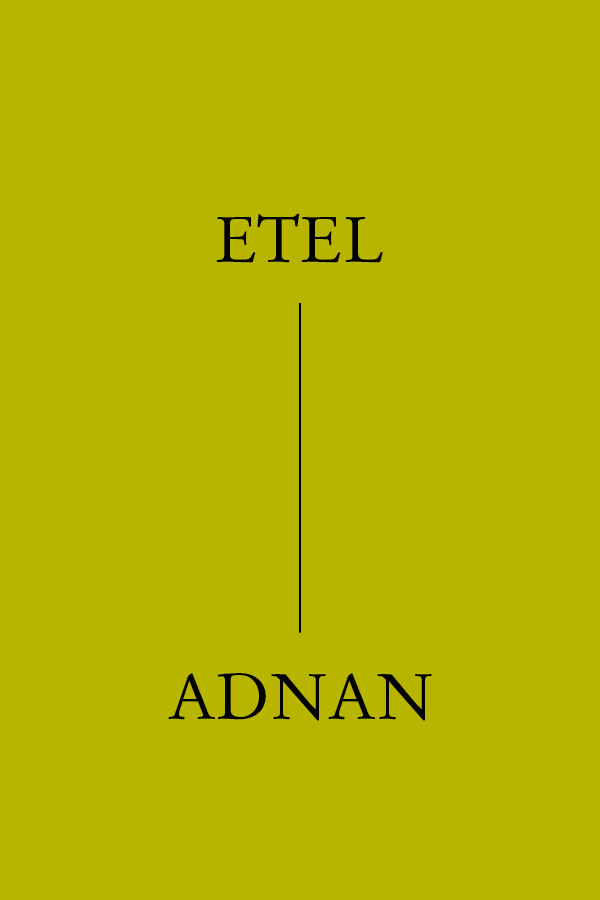 Etel Adnan was born in Beirut where she grew up with a Greek mother and a Syrian father. She went to French-speaking schools and has been speaking several languages since her multicultural childhood. After studying philosophy at the Sorbonne in Paris, she went to the United States to study at Berkeley University in California and Harvard in Massachusetts. At the Dominican University of San Rafael in California, she taught art philosophy for nearly 15 years. After a visit to Lebanon, she went back to the Unites States before settling in Paris in the 1980s. Etel Adnan is a multi-disciplinary artist: a poet and writer, she also expresses herself through painting, drawing or video. The author of novels, essays, poems and plays, she is considered one of the most important contemporary writers of the Arab world. Giving a free rein to other artists’ interpretation of her works, several of her poems were put to music, some of her writings were adapted for the theatre, others became films.

Her paintings are rooted in the landscapes that she visited during her life, including her native Lebanon or her adoptive California. Her work is famous all over the world and is exhibited in the greatest museums in Europe and the United States, from the Museum of Modern Art of San Francisco to the Serpentine Gallery in London or the Institut du Monde Arabe in Paris, among others. She considers her paintings as celebrations of the world. Colours are usually applied straight from the tube or with a knife, bringing a feeling of joy.
In addition to a rug, PINTON produced several tapestries based on original art works by Etel Adnan, whose distinctive colourful, bountiful and joyful designs find a new interpretation in this form of expression.